DAIRY FARMING IS NOW PROVIDING MR. FAZAL WITH A POSITIVE FUTURE IN PAKISTAN

Despite COVID-19 hitting just after his return to Pakistan, Mr. Fazal has started a new business with good prospects.

Mr. Fazal Wadood was living under the poverty line in a village on the outskirts of Peshawar with a small family run general store as the only income to support his whole family.

The economic conditions in the country were very unstable at the time and there was little prospect of him finding other work or embarking on other ways to generate an income.

In 2010 he took the tough decision to travel abroad illegally in search of better opportunities. He travelled to Iran then through Turkey, Greece, Italy and France and into Dublin before he finally arrived in Birmingham in the UK where he applied for asylum. This journey cost him nearly £6000. His asylum appeal however was rejected, and he was instructed by law enforcement agencies to return to his home country.

On his way to the airport Mr. Fazal was given an IRARA leaflet explaining the process and upon arrival in Islamabad Airport he was met by IRARA representatives who provided an immediate travel allowance and basic assistance. They also briefed him on what further reintegration assistance they could provide under the Pakistan Arrival and Reintegration Assistance (PARA) Programme.

After reuniting with his family Mr. Fazal attended the IRARA office in Islamabad and had a detailed counselling session. Various reintegration options were put to him taking into consideration his skills, experiences and the market conditions. Shortly after his return the COVD-19 pandemic hit and his options became more limited, however after a few more counselling sessions it was decided that the best opportunity for him would be to start a dairy farming business.

IRARA connected him with some farming experts who nurtured him further and after buying four buffalos and renting some farm buildings he is now very hopeful that this will generate a good income for him and his family. Selling his produce within the local community is helping him to re-engage with it and he hopes to expand the business further in the future. 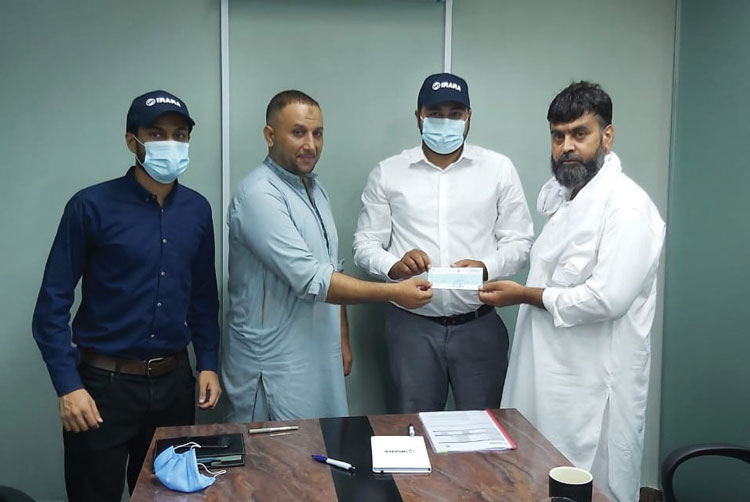 ‘IRARA is doing a tremendous job and are helping returnees with every step. Thanks to the assistance I have received my life is 100% improved.’