‘I was advised by other migrants in Germany not to return home and that I should travel to other European countries and start again. I have found, however that
thanks to the ERRIN programme my return home to Afghanistan has been easy and I am now very happy to be reunited with my family and friends and earning a living.’

Whilst Marwat had a positive experience living in Germany for 4 years (where he worked and studied) he is now pleased to have returned to Afghanistan. He was nervous about the return process and having spent all his life savings on his journey to Europe did
not want to return with nothing. Marwat was delighted that the cost of his return to Afghanistan was covered and now lives a happy life. The ERRIN programme has given him the means to earn a living and support his family.

After years of living in insurgent-ruled areas of Afghanistan and being faced with many security challenges, Marwat Mahrobkhil decided to leave for Europe in search of a better life and employment opportunities.
He was constantly approached by agents asking for money, with the promise of taking people safely to Europe and helping them to cross difficult borders with tight security measures.
He eventually decided to go and travelled through Iran, then on to Turkey, Bulgaria, Serbia, Hungary and Austria, eventually arriving in Germany in 2015. Throughout his journey he endured many horrific things including climbing over mountains on foot and sleeping rough on pavements. He spent his life savings (around 800,000 AFN, approximately 10,000 USD) to make this journey.
He stayed in Germany for 4 years and his overall impression from Germany is very positive. He wasn’t forced to do anything that he wouldn’t feel comfortable doing. He soon realised he should enrol himself in an educational institute to learn something. He decided to learn German and Dutch studied the language for three and a half years. He can now communicate in a basic level in both languages.
He also found employment loading and unloading trucks and containers and earned an hourly rate of 8.50 Euros. He worked for 3 years for the same company. He found it hard however to find permanent employment, and this along with being unable to adapt to the culture and learn the German language fluently were the main barriers to settling long term in Germany. He also missed his friends and family and eventually decided to return home.

Marwat is now living back in Nangarhar province, Pacheer Agam district of Afghanistan together with his family. Prior to his arrival he was sceptical regarding the security and economic situation in Afghanistan and especially in his region of Nangarhar. However, he has found the whole experience of moving back to his home country mush easier than he expected with the help of the ERRIN programme.
He met his IRARA counsellor, conducted his initial meeting and was fully briefed on the ERRIN programme. He was delighted to see that the situation was not as bad as he thought. After consulting his family and friends he eventually decided that he would like to invest his ERRIN package in purchasing a vehicle to drive as a taxi on the Nangarhar/Jalalabad – Torkahm highway. His big brother used to drive his own car for almost 6 years on the same highway and would often take Marwat with him, so this was a natural fit for his own business. He has gained more and more experience and is now completely familiar with the roads and traffic rules and he has managed to connect with a vast network of mechanics and other drivers.
He invested 1000 Euro on top of his ERRIN assistance of 2000 Euros which helped to purchase not a brand new but a reliable and relatively new one. Marwat is delighted that he has finally got the chance to do something to earn a living in which his interest lies. He takes his customers from his region/district to Torkham which connects with the border to Pakistan – this is the area where hundreds of people come from the other side of the border and vice-versa.
He can now cover all his family’s expenses and hopes that soon he will enrol in one of the foreign language institutes to learn English. Being independent and not asking his brothers or family members for financial support is the highlight of his return.

“Initially I was a bit confused as to how my return would take place and most importantly, how will I be greeted back home. But luckily, the situation in Afghanistan is not as bad as the media shows to the world. Many refugees back in Germany told me to not leave and perhaps if possible, should start my journey towards another European country that shares a border with Germany and start all over again. Eventually I got frustrated with my lifestyle, financial struggle and I was missing my family and friends, so I decided to return to my country.’
‘There was a time when I would have to ask my parents and brothers for money but now, I see myself contributing and supporting my family financially which gives me a sense of pride and independence. I will always cherish this and the support and kindness I received from Germany, ERRIN and the IRARA team which made all this possible. I can not thank you guys enough.” 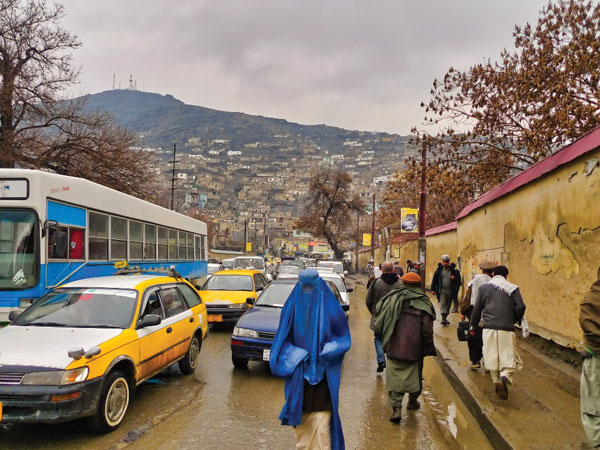