Looking for a better future and to improve his education, Mohammad Ahmadzai left Afghanistan and travelled to Germany. After not finding the life he desired he is now happily back in Kabul running a successful garment business.

Mr Ahmadzai had grave concerns regarding security, war and discontent in Afghanistan. His father as well as other family members were threatened by Taliban many times and so he took the decision to leave his homeland Afghanistan.

After hearing about the ERRIN programme he has now returned to Kabul and has used his reintegration allowance to establish a garment selling business.

He started his journey to Germany through Iran and then on through Turkey, Bulgaria, Serbia, Hungary and Austria and reached his destination of Germany in 2015.

During his journey, crossing these countries with strict border laws and security, he encountered a lot of hardships. The never-ending search for peace and prosperity in Europe made him vulnerable and it became even more difficult as the days went by. He spent almost 8000 USD from his savings on his journey towards Europe.

He stayed in Germany for 4 and a half years. He was part of a German vocational institute for 2 years where he learned to repair and assemble spare parts for cars. He also learned German and some other subjects which he hoped would help him remain in Europe. Then he started working with a company which manufactured vehicle spare parts. He was paid around 9 Euro per hour. He worked for two years at that company. Lack of access to proper education, stable employment and German language however remained barriers to him being able to properly settle in Germany. After many attempts to apply for asylum he eventually decided that his best option was to return to Afghanistan under the ERRIN program. After his registration with ERRIN and completing the due process, he returned to Kabul. No immediate assistance such as accommodation or onward travel were requested by the returnee.

He is now living back in Kabul with his family. After meeting IRARA’s representatives there, he went through the due process including his initial meeting, a briefing on the ERRIN programme and available business reintegration opportunities. He was assisted by our counsellor to make sure he invested his money wisely. He has previous experience in retail and after researching the market thoroughly was confident that this would generate good income and would be sustainable in the long term. Mr. Ahmadzai’s case and his reintegration journey have been helped by the fact that he has relevant experience, commitment and passion for his chosen business. His total budget of 10,000 Euros (2000 Euros of which is his ERRIN reintegration assistance and the rest is made up of personal funds and an investment from his father) has allowed him to establish a proper garment selling business in the heart of Kabul. He was able to acquire sales skills prior to leaving for Germany and applying those methods is certainly working for him in his own business. His shop’s proximity to the local wholesale market is vital to the business, small and medium business owners are contributing to the economy and this could be an important factor in encouraging him to work even harder and have an optimistic vison for the future. He is now able to cover his family’s expenses and lead a prosperous and independent life with a positive future ahead. 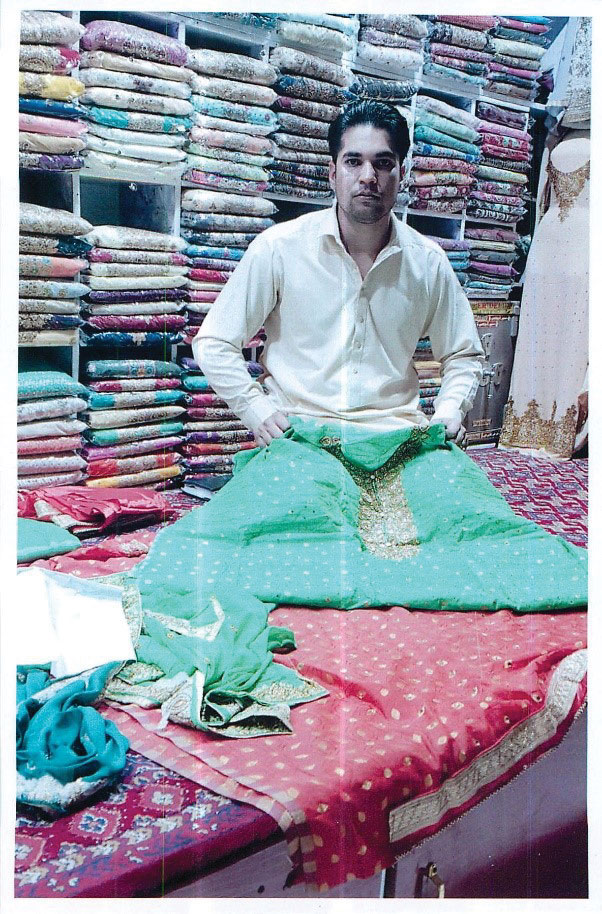 “I never thought that one day I will be able to have my own shop and will be independent, thanks to the German Government and ERRIN for enabling me to stand on my feet and feel good about myself.”