After fleeing Afghanistan in 1986 and living in Pakistan Mohammad Nazari fled to Europe. After 32 years he is now content to be back in Afghanistan and providing for his family.

After being away from his family for many years living and working in Germany, Mohammad made the decision to return to Afghanistan with the help of the ERRIN programme. He is now happy to be reunited with his wife and children and can support them by working as a taxi driver in Mazar city.

Just like any other vulnerable citizen Mohammad Nazari hoped for a better future and fled Afghanistan in 1986 when the Soviets attacked. After living in Pakistan, he eventually made it to Germany where he lived and worked for 32 years. He lived in Frankfurt and secured a job in MacDonalds for several years before moving to Munchen where he stayed until his return to Afghanistan in 2018. Mohammad found the life in Germany good and was treated well by the authorities and everybody he met. He learned German and enjoyed employment although found it hard to get a permanent job. After hearing about the ERRIN programme he decided it was time to return to Afghanistan where his wife and children had been living while he was in Europe. He heard from other refugees about the potential for business in Afghanistan and the fact that it is not as bad as the media had been portraying it or as it had been
before he left. His return journey went well, and he arrived back in Kabul in 2018.

Mr. Nazari approached IRARA’s counsellors post-arrival in Kabul and was thoroughly briefed on the ERRIN programme. He searched for available and relevant opportunities and finally decided, together with his wife, that the option of becoming a Taxi driver would be the most suitable route for him to take.
He is currently driving the taxi in the northern province of Mazar where considering the growth of population in that region, taxi business seems more logical. He is happy with the support he received from ERRIN, the German government, IRARA and their partners in making sure that the business is properly established and providing him with a good living. He is an experienced driver with over a decade of driving experience. He has a good network with the car dealers, mechanics and other potential private taxi company owners in his region which helps him in his business. He is now able to cover his family expenses easily.
He is satisfied and financially independent. He covers the monthly repair cost and maintenance easily from the income generated from the taxi. Another benefit of this employment is that very little amount is paid in form of Tax to the government by taxi owners. He wishes to save more money and purchase another taxi in the future. 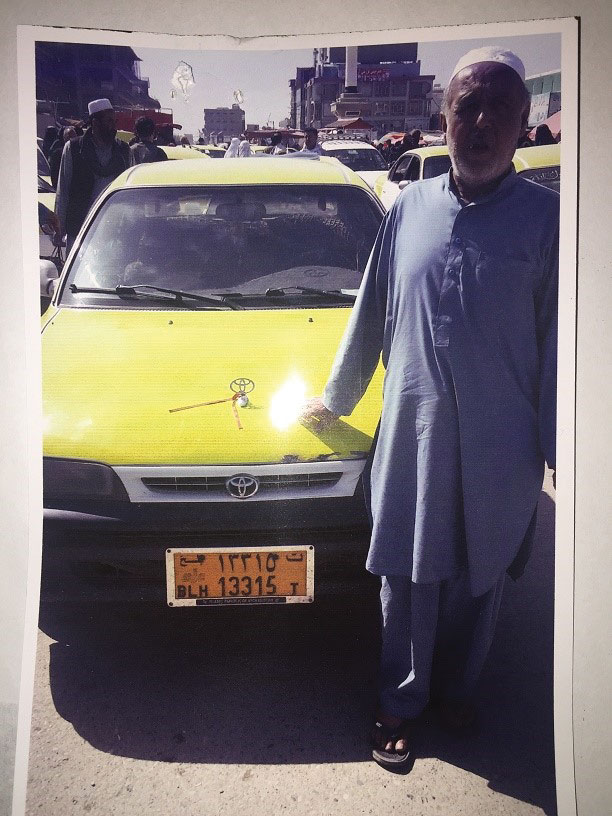 “I consider myself lucky to have met such wonderful group of people in Germany as well as in IRARA, who made it possible for me to invest my ERRIN assistance wisely and the fact that I am re-united with my wife means the world to me.”