LADIES TAILORING SHOP IS NOW PROVIDING MR. AMJAD ALI WITH A GOOD INCOME AND A POSITIVE FUTURE IN PAKISTAN

After being nervous about his future in Pakistan, Mr. Amjad Ali is now happy and earning a living which provides for his family.

Mr. Amjad Ali was living below the poverty line in the outskirts of Rawalpindi with his family and was working hard to support his family. The economic conditions in the country were very unstable at the time and there was little prospect of finding additional work or embarking on other ways to generate an income. In 2016, he took the tough decision to travel abroad illegally in search of better earning opportunities. He hired an agent who facilitated his travel by getting a visa to Iran and border crossing into Turkey. This journey cost him nearly 400,000 rupees. After residing and working illegally for a year in Turkey he was caught and instructed by law enforcement agencies to return to his home country.

He arrived at Islamabad airport where he was received and questioned by FIA officials. After providing all the information about the illegal route and agents who facilitated their journey towards Europe Mr Ali was released.

He was in serious debt and needed to support his family. Initially, he started a job as a salesman at a fruit and vegetable stall, but he was not able to earn enough to fulfil the basic needs of his family. He was skilled in tailoring from previous experience but struggled to find suitable employment. Mr. Amjad Ali then heard about IRARA’s program for providing direct assistance to victims of trafficking and smuggling through FIA and at the same time FIA Rawalpindi shared a list of victims with the IRARA team. IRARA made contact with the victims and outlined the various opportunities open to them through this program Various assistance options were put to Mr Ali taking into consideration his skills, experiences, and the market conditions. Bearing in mind his skills and abilities it was concluded that establishing a tailoring shop would be a best fit to enable him to earn a respectable income, sufficient to support him and his family.

IRARA identified an existing tailoring business and connected him with the owner of the business. The owner and Mr Ali agreed to go into business together and Mr Ali decided to invest his reintegration allowance in the business, and he is now hopeful that his will generate a good income for him and his family. Working in his own local community helps him to re-engage with it socially and he hopes to expand the business further in the future. 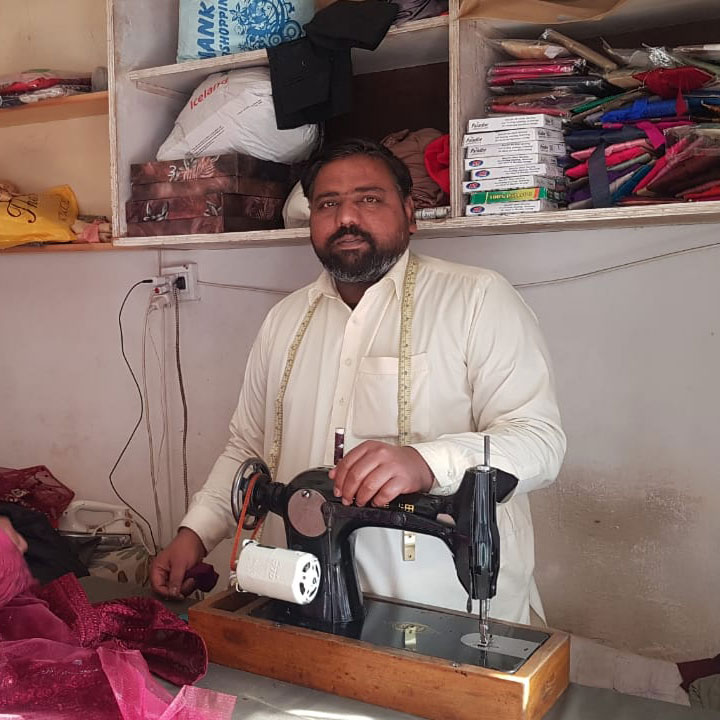 ‘IRARA is doing a tremendous job and is helping victims with every step of their reintegration. IRARA supported me when I was helpless and had no opportunity. Thanks to the assistance, I have received my life is 100% improved.’