PARTNERSHIP IN A CONSTRUCTION FIRM IS PROVIDING MR. ISMAIL WITH A GOOD LIVELIHOOD AND A POSITIVE FUTURE

Despite being nervous about his future when he first returned to Pakistan, Mr Ismail is now confident that he can provide for his family and has plans to grow his business further.

In 2011, in search of a better future, Mr Ismail applied for a study visa in the UK and was lucky enough to be granted one for college in Manchester, England. He was sponsored by his family and moved there later that year.

In order to help fund his studies, he also found a part-time job, and for a while life was good. Before he could complete his studies, however, his study visa was removed by the college and after trying to complete his course at other institutions he eventually had to give up on his education dream. Having had previous experience of working in the construction industry prior to moving to the UK, he decided to get a job and for the next few years, he gained odd jobs on construction sites around the UK.

After many years Mr Ismail filed a claim for asylum which continued for the next two years. His case was unsuccessful, and he was not granted further leave to remain. He was contacted by UK Home Office and informed that he must return to Pakistan and he travelled back to Islamabad on a flight in December 2020.

At first, he was nervous about what his future might hold back in Pakistan after being away for so long, however, he was met by an IRARA representative at the airport who facilitated his immigration process, provided immediate food and a cash allowance for his onward travel to his hometown and explained a little about the reintegration programme that he could benefit from.

Mr Ismail moved back with his family to Peshawar, KPK. Shortly after his return IRARA contacted him again to explain in more detail what reintegration assistance was available to him. The IRARA team counselled him and discussed all the options, including vocational training and education, however, Mr Ismail was keen to embark on an income-generating business and so more detailed counselling sessions were held to understand his skills and experience and to put together a viable business plan.

From his experience in the construction field, Mr Ismail had identified a construction company located in a prime area of Islamabad that was looking for a partnership opportunity. The construction sector is well subsidised by the Government in Pakistan so taking this into consideration as well as his skills and experience, it was agreed that this business could provide a good income to support him and his family.

Despite a brief period of closure due to the COVID-19 pandemic, Mr Ismail’s business is now doing well and generating a good income for him and his family. The IRARA team have helped him to make connections with local networks and he plans to grow this business in the future. 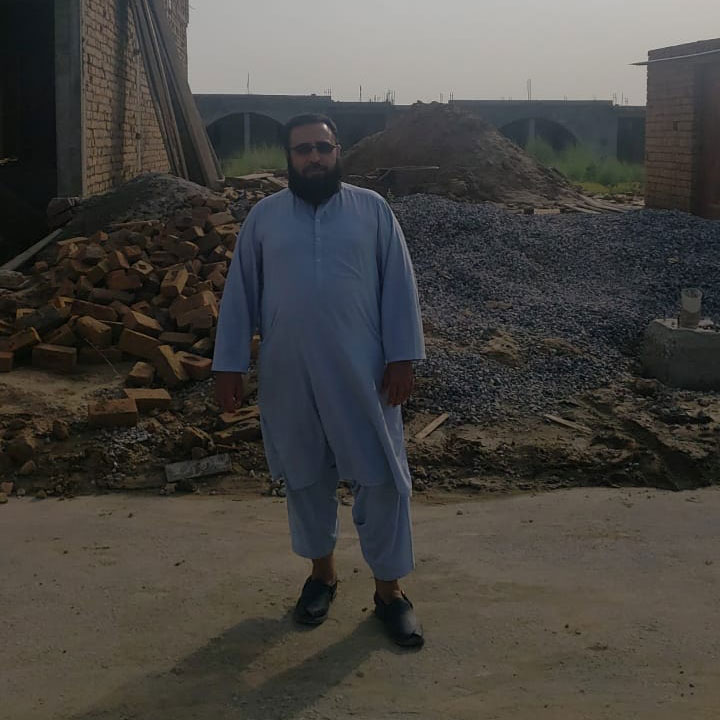 ‘I am now settled back in Pakistan and impressed by the work IRARA is doing among different countries of the world. It’s a really good initiative for people like me to reintegrate back into the society.’