MILK PRODUCTION IS STARTING TO PROVIDE MR. OMID WITH AN ABILITY TO SUPPORT HIMSELF

After 6 years in Europe Mr. Omid is now happy to be back with his family and making a living in his rural region of Baghlan.

Mr Omid lived in a troubled rural area of Afghanistan which saw a lot of conflict and fighting between tribes. He decided to try to make a better life for himself in Europe and left Afghanistan in April 2014. He paid smugglers 15,000 USD who took him on a route through Pakistan to Iran, then Turkey, Greece, Serbia, Austria and finally into Germany. The journey was dangerous, and he received very poor treatment at the hands of the smugglers.

After having his case for asylum rejected, he travelled to France but was soon removed back to Germany and decided to return to Afghanistan in February 2020.

Since moving back to Afghanistan Mr Omid has returned to his home region of Baghlan in the north of the country and lives in a rented house with his brother in law. This is a rural part of Afghanistan known for agriculture where crops such as cotton and sugar beet are grown, and livestock herds of cows and flocks of sheep are common. It is quite remote with little other industry in the region so when Mr Omid was considering how to use his reintegration allowance it made sense that it would be to follow an agricultural endeavour.

After some discussions with the IRARA counsellors about his skills, experience and desires as well as the local market factors, he decided to use his reintegration allowance to buy some cows in order to sell the milk produce in the local area. He has some experience in animal husbandry from his time prior to leaving for Europe and is surrounded by knowledgeable people with generations of livestock farming experience so it was felt that this would be a good business for him to focus on. The Afghan Government is very supportive of farming businesses so Mr Omid will get access to any other grants and support available to maintain and grow this livelihood.

He now sells the milk throughout the local area and plans to start making other products such as cheese and yoghurt which will help him expand the business. He is selling directly to local villagers and through markets in the neighbouring region. 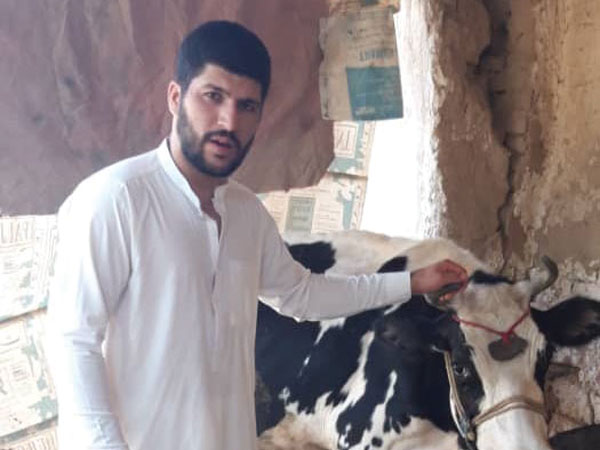 ‘I was initially looking for employment opportunities when I first moved back to Afghanistan however, I decided to use the reintegration support provided by IRARA to start animal husbandry and I am now making a decent living.’