After living in Germany for several years, Qais Wahedi decided to leave and return to his home country of Afghanistan. He is now in a partnership business with his father and making future plans for further business development and study.

After traveling to Germany with his brother and attempting to make a better life for themselves, Qais has decided to return to Afghanistan and start a family pharmacy business with his father. He is delighted to now be able to help support his family and has many positive plans for the future.

With the aim of achieving a better and financially stable life, Qais Wahedi decided to leave Afghanistan towards EUROPE. His journey started with his younger brother in late 2015 from Herat towards Iran and after many weeks he eventually arrived in Germany in February 2016. This journey cost him around $6500.
He encountered many challenges on the way but eventually registered with the immigration authorities in the hope that one day he would gain asylum and be able to remain in Germany. After 3 years however his case was rejected, and he made the decision to return to Afghanistan with the support of the ERRIN programme. His younger brother remains in Germany and is awaiting the outcome of his case.
During his time in Germany he studied German and can now speak it very competently. He found it hard however to gain employment on a permanent basis despite taking part in many interviews. This, together with his asylum case being rejected prompted his move back to Afghanistan.

Qais declined the offer of assistance for immediate accommodation or onward travel as he had family waiting for him in Herat where he travelled to immediately after arriving in Afghanistan. After arrival Qais approached IRARA’s local office in Herat where they suggested many business plans based on his education and work experience. Their counselling helped him to analyse market and search for the right start-up businesses. Qais decided to use his reintegration support to open a Pharmacy in partnership with his father who is an experienced pharmacist. The partnership is 50 / 50, and each are investing 2800 Euros (2000 of which is from the returnee’s ERRIN allowance. Qais wishes to extend this business one day and to continue studying for a pharmacy qualification of his own. Having a viable business will help him to do this although he may need to also look for a part-time labouring job to help supplement his living in order that he can further invest in the business and continue studying. 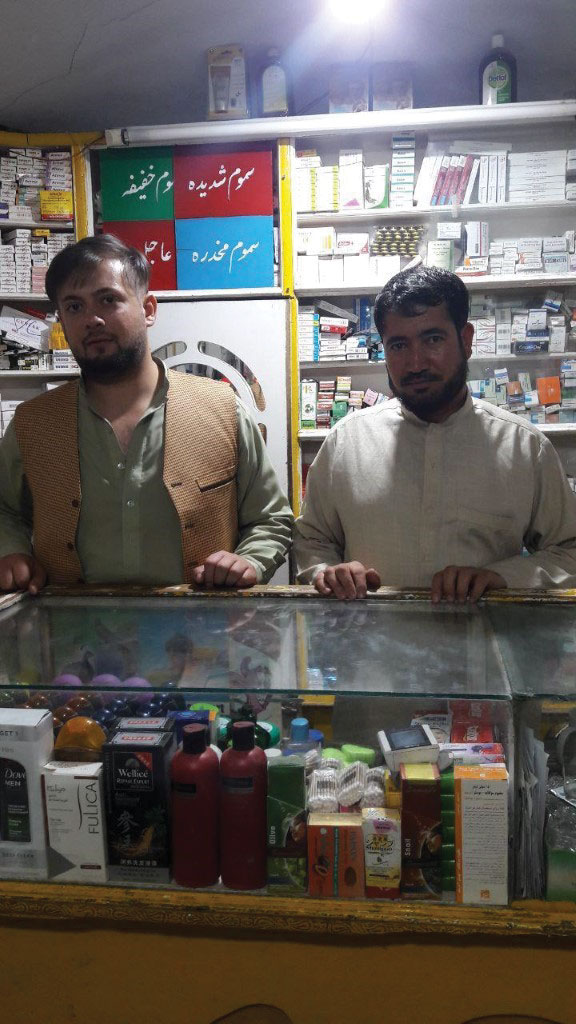 “I appreciate the rapid support of the IRARA teams. With the help of IRARA and their partner’s counsellors I could manage my reintegration quickly and easily. Without this package I may have had to look for more menial work but now I can run my own business with my father and help support my family.”