Some of the challenges facing Returnees to Pakistan are how they will generate an income and reconnect with their community. But help is on hand.

In 2006 Mr Shahid Maqbool married a British citizen in Pakistan and in 2007, in search of a better future, they decided to move to the UK. He was sponsored by his wife and after arriving in the UK started the process of applying for ‘leave to remain’.

In the meantime, he found a job, they had a child and for a while, life was good. In 2017 however they separated, and his wife sought full custody of their child. Mr. Shahid found himself in a difficult situation trying to fight for custody of his child however he had not been granted further leave to remain. He was contacted by UK Home Office and told he must return home to Pakistan. He returned to Islamabad on a flight in February 2020 and was nervous about what his future might hold.

He was met by an IRARA representative who facilitated his immigration process and provided immediate food and a cash allowance for his onward travel to his hometown.

Mr Shahid moved back in with his parents and siblings in Jhelum upon his return and within a week IRARA contacted him and explained what reintegration assistance was available to him. They discussed all the options including vocational training and education but Mr Shahid was keen to embark on an income-generating business and so a more detailed counselling session was held.

Mr Shahid had identified a snooker club business located in a prime area of Jhelum and taking into consideration his skills and experience, as well as the current market conditions it was agreed that this business could provide a good income to support him and his family. With the help of IRARA Mr Shahid is now running this business successfully and, despite a brief period of closure due to the COVID-19 pandemic, it is hoped that this will generate a good income for him and his family. 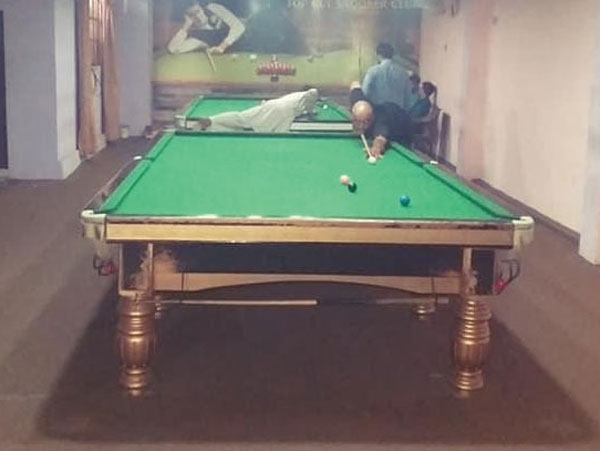 ‘I am now settled back in Pakistan and earning a decent living. IRARA has supported and helped me so much.’